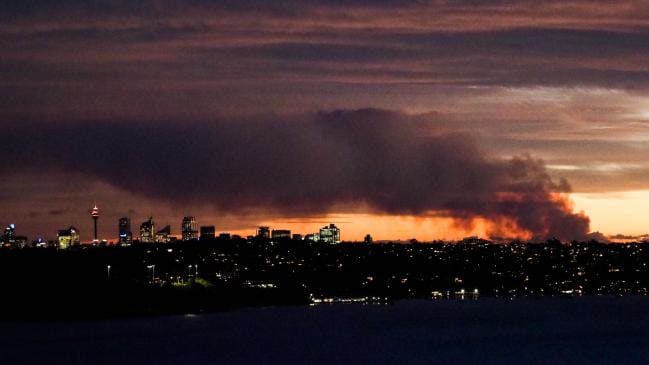 Australia’s largest metropolis has simply been “lucky” to avoid a city stopping disaster, a group of resilience experts have said.

But Sydney’s luck could be about to run out, and if the city isn’t felled by extreme heatwaves and terror attacks, more insidious creeping catastrophes such as housing affordability and chronic illness could do it in.

That’s the conclusion of a landmark analysis released on Tuesday that aims to shake Sydneysiders out of their stupor and prepare for a range of foreseeable disasters that could bring the city of five million to its knees.

The “Resilient Sydney” report, launched by City of Sydney Lord Mayor Clover Moore, details a slew of “acute shocks” and “chronic stresses” that could or are already occurring, and how the city can avoid falling foul of them.

Sydney is the second Australian city to sign up to the global 100 Resilient Cities program, Melbourne has had a head start of two years to get its act together. Backed by the Rockefeller Foundation, the program aims to help cities manage disruption and respond to disasters.

“What we mean by resilience is how we adapt, thrive and survive from shocks and stresses,” Beck Dawson, Sydney’s nattily titled chief resilience officer, told news.com.au.

“A shock can be a short, sharp disruption, like a flood for a terror attack, but a stress is a long, slow burning issue that can turn in to a disaster or magnify those other events because of the underlying vulnerabilities in the city.”

SYDNEY HAS BEEN “LUCKY” SO FAR

But the city is facing a double whammy of issues that could prevent it from coping in the face of disasters, either acute or chronic, Ms Dawson said.

One was the city’s fragmented government, with Sydney having no single city-wide council; the other was the false sense of security that can pervade a city that has faced fewer disasters than counterparts overseas.

Not that Sydney hasn’t faced its own shocks — the report lists 2014’s Lindt cafe siege, the Cronulla riots of 2005 and the 1998 disease pandemic that left the tap water of three million people contaminated as well as ongoing extreme weather.

However, the Harbour City hasn’t gone through the terrorist attacks or natural disasters that have befallen other 100 Resilient Cities members such as London, New York and Christchurch, said the executive director of the Sydney Business Chamber Patricia Forsythe.

“Sydney has been so lucky up to now; often it’s said we’ve never been tested in terms of natural disasters or other issues that face other cities.

“But we have to ensure if we are ever tested we learn the lessons from other places and that is when businesses can’t open, when people don’t have jobs, when they are disrupted, that impact flows through not only those people if affect so many people. “

The acute shocks, listed below, were harder, sharper hits that could throw the city into crisis at a moment’s notice.

THE ACUTE SHOCKS THAT COULD SPELL DISASTER

It’s a similar problem to Melbourne which released its resilience strategy in 2016. It concluded the city’s acute shocks could be bushfires, floods, heatwaves, pandemics, infrastructure-related emergencies and cybercrime. A rapidly growing population was a chronic stress for Melbourne.

Organisers of the report recommended households download the Get Prepared app, developed with the Red Cross and insurer IAG, which enables Sydneysiders to store emergency contacts and identify their nearest emergency services.

Ultimately, Ms Dawson said, her job revolved around three key questions: “what will stop this city, who will bear the risks and what will the cost be when it goes wrong?”

What emergency preparations should I make for my pet?

When is it OK to call an ambulance?